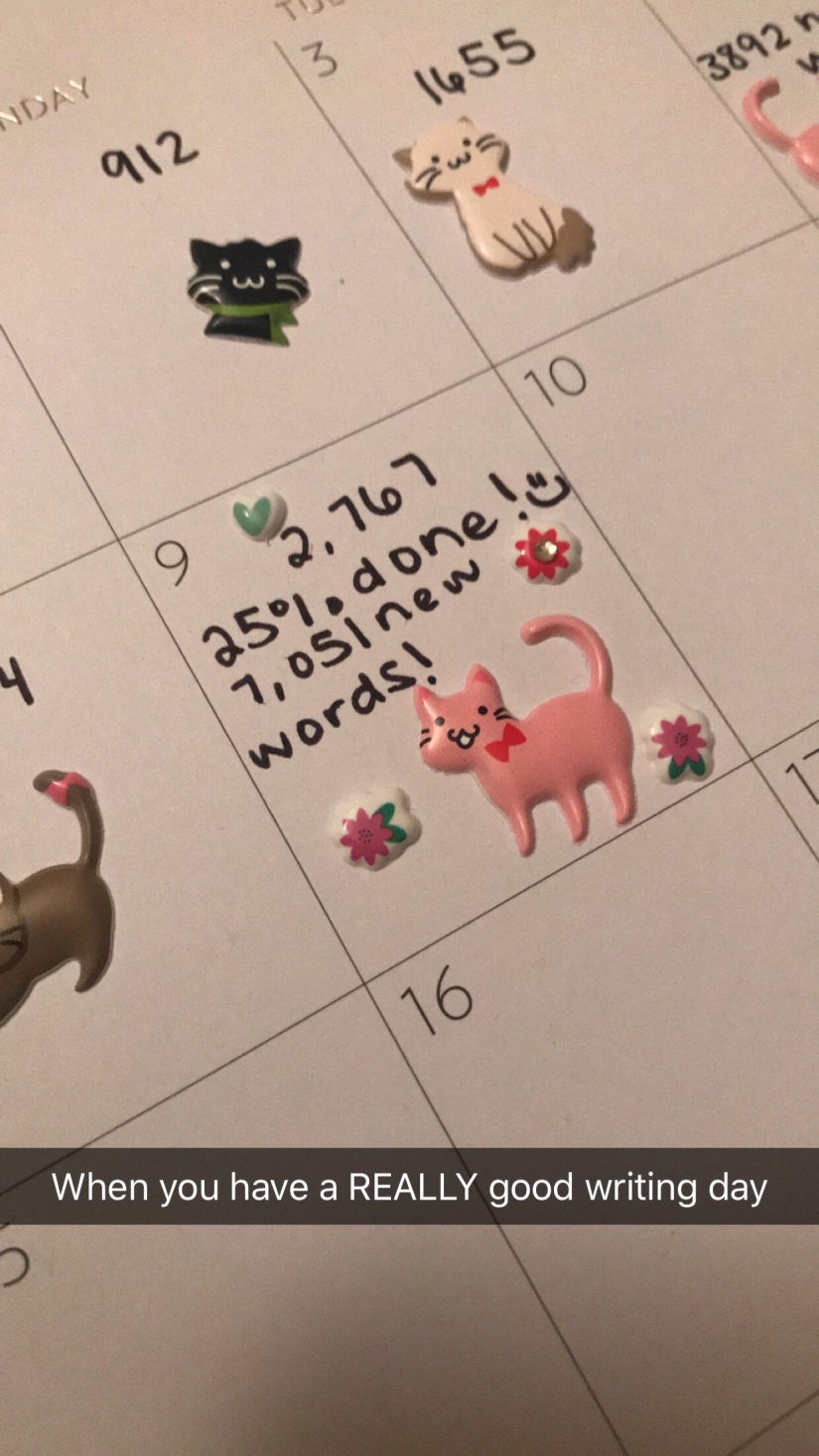 I’ve been using a calendar to solely track my daily word count because I’m a very visual person.

Naturally since Clara and Ezra has gone through 3 different drafts now I’ve been changing things up to match along with what I’m doing.

For this third draft of the book I’ve been trying to be more in depth. I’ve actually been tracking a great amount of detail in my daily planner, but some nights if I remember I added in the extra details to my calendar as well.

Word count. Percentage done. And how many overall new words I’ve added in total (compared to the 2nd draft). My overall “new words” tracker is something I manually do myself, so some nights I remember to see the comparison and other nights I don’t. It’s also possible it’s not 100% accurate because so much is changing with this 3rd draft. A new chapter has already been added, and some things have been shifted around.

But it’s a rough guesstimate at best and it helps motivate me.

As for those cute cat stickers? Yes, apparently cute and sparkly things still make me happy. I have so many stickers to reward myself with I’m overwhelmed. But for me they’re a simple and cost effect way to reward myself for different word count goals I achieve. I even have wine stickers –so safe to say, I’m prepared for the celebrations!

Well, for now it’s late and I’ve written a lot so far today. I wanted to share some quick fun facts about my system in case anyone else wanted to try it out.

In the comments let me know what you use to motivate and reward yourself.