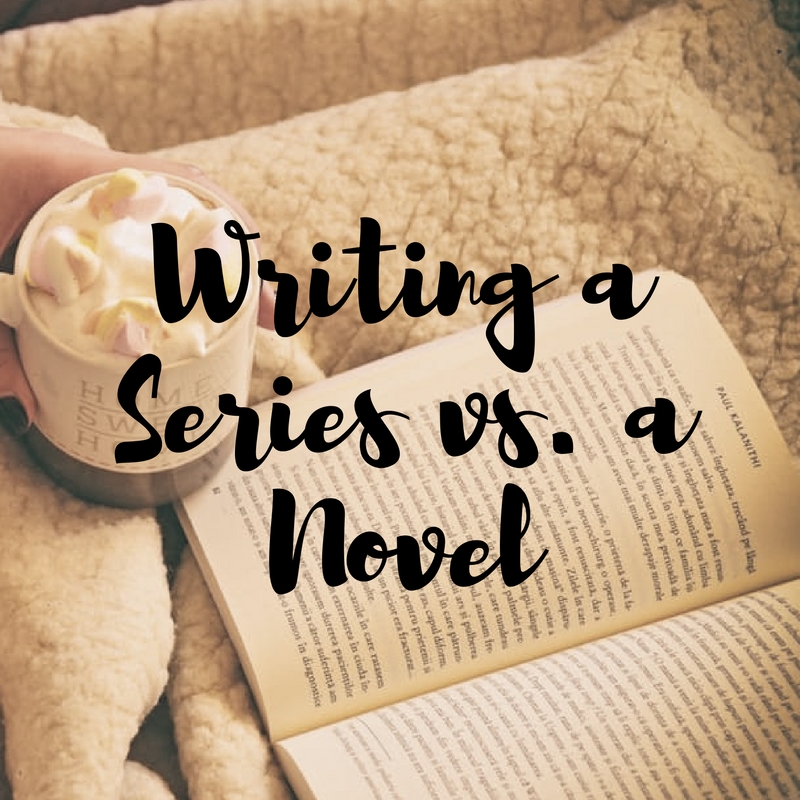 I am finally writing the post I’ve been wanting to write ever since I first started Clara and Claire. For those of you who are planning to write either, I’m hoping this can be helpful. There’s a lot of different ways I thought of tackling this, and mind you I’m going to include a lot of personal experience with this too. I think that’s a big part of writing. There’s no right way of doing something, but everyone’s experience varies.

Let’s face it a series takes a lot of planning. You might not have it all planned out at the beginning of book one. Unless you’re one of those people who have the whole series planned before you begin –to which I say bravo! But you can equally put just as much time into a standalone novel.

A series is a lot like a butterfly effect. If this happens, this will happen in the next book. If this character dies, this character won’t be in the rest of the series. It’s a lot of playing around with different ideas to see how they’ll fit into the puzzle. Because a series is, in a lot of ways, like a puzzle. You have to test the ideas, see how they work, and then if it doesn’t fit with the idea you have for the overall series you start over again.

With the Magicians series there were a lot of times I didn’t decide on the exact nature of the next book until I was finished with the current one. That’s just the way I write. But I constantly reminded myself after this book there would be another and another until the series ended.

There’s some other major points that make a series so different from a standalone novel:

As for standalone novels they’re massively different from a series. This is a one time book. Afterwards you want the reader feeling like they’re just read an amazing book and can’t wait to read more from you.

A novel has everything a series has : character development, settings, a great ending, and your MC’s voice. Except all of these things you have to cram into one book. From someone who was used to only writing series, I found this to be the most challenging part. Like huh, how will this all fit into one book? So it’s important to plan and also recognize what’s in your novel’s ending. If at the end you still feel there’s more to tell, that it can’t all be said in one book, then maybe you need to write a sequel. But if you’re aiming for a standalone make sure you have everything wrapped up at the end.

With standalone novels this means you have one chance to impress the readers. By the end they should know whether they love it or hate it. And if you’ve done it right they should be searching your name to find other books by you. This is also a great chance to gain readers who don’t like series or don’t have the time for them.

Every author has their preference just like our readers do. As for me I’m still a sucker for series, but I loved the work I did for Clara and Claire and it has me excited for my next project –which I’ll be announcing after the release. But regardless I think it’s important for us to step away from the things we’re comfortable with and try something new. For me it was a standalone novel. For you it might be that romance novel you’ve been debating on writing. It can be anything, and if you don’t at first succeed keep writing. You can only get better!

3 thoughts on “Writing a series vs. a novel”